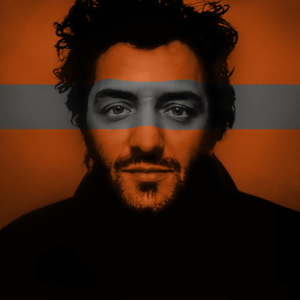 Rachid Taha is an Algerian Rai music singer born in Oran in 1958. He migrated to France with his family at the age of ten years old. His love and passion for music encouraged him to found the band Carte de Séjour in 1980. The other members of the group ...

were: Djamel Dif, Mokhtar Amini, Mohamed Amini, Jallane Abdelhak, and Eric Vaquer. Their songs tackled social and political issues such as poverty, emigration, racism, and many other problems.

In 1984, they released their first album Rhoromanie. In 1986, they re-performed ‘Douce France’, a song by Charles Trenet. In 1989, the group disbanded and Rachid Taha embarked on a solo career. In 1991, he released the album Barbès that secured him worldwide fame.

It was followed by a second self-titled album in 1993.

In 1998, he collaborated with Cheb Khaled and Cheb Faudel and they released together the album 1, 2, 3 Soleils including the famous songs ‘Abdelkader Ya Bouaalem’ and ‘Ya Rayah’. In 2004, he released a highly creative and complex album Tekitoi. In 2008, Rachid Taha played the leading role in the short movie Là Où Je Pense directed within the collection Ecrire Pour un chanteur (Writing for a singer) launched by Canal +.

The same year he collaborated with Rodolphe Burger for the title ‘Arabécédaire’ and also published his autobiography Rock the Kasbah.

Now, Rachid resides in France and remains active on the scene. He has a wide group of fans from different ethnic groups and nationalities. He is touring throughout the world. In fact, he performed in Russia, Australia, Brazil, Hungry, Vietnam, Mexico, as well as Algeria, France, and the United States where he recorded his latest album Bonjour.

A posthumous record? “Nothing to declare!” as Rachid Taha would have said, leaning on the bar counter, with messy hair, bright eyes, and a raspy voice. He’s there, you can’t miss him. He may be laid to rest in Algeria, but he hasn’t left us.

With boundless energy, Taha wrote the eleven songs together with Toma Feterman for his eleventh solo album, his now posthumous Je Suis Africain, diving deep into his roots as usual. First, Algerian...

A posthumous record? “Nothing to declare!” as Rachid Taha would have said, leaning on the bar counter, with messy hair, bright eyes, and a raspy voice. He’s there, you can’t miss him. He may be laid to rest in Algeria, but he hasn’t left us.

With boundless energy, Taha wrote the eleven songs together with Toma Feterman for his eleventh solo album, his now posthumous Je Suis Africain, diving deep into his roots as usual. First, Algerian Chaâbi, so subtle, yet so complex. Then rock, which took the world by storm during the postwar period, and punk, its offshoot, in the style of The Clash. Finally, electronica, the musical revolution of the late twentieth century, as hypnotic as the Gnawas guembris or Sufi trance sounds. Rachid was influenced by all of it.

Youyous, flutes, women's choirs, metal riffs: the French-Algerian, however, weakened by the paralyzing effects of Chiari malformation, which he suffered from, created whirlpools, deluges, torrents. He invited us to dance with "Andy Waloo," and also with "Like a Dervish," his “first song in English, I know I'm cheating, my English is not so rich.” His plays on words were irresistible: English, backich, dervish, merlich... The troublemaker of the “alternative Koran” also used to speak francarabe, a mix of French and Arabic, which he used to both celebrate and mock the Jewish masters (Lili Boniche, Reinette l’Oranaise, Line Monty…), humming their oriental boleros, such as "Chérie je t’aime," "chérie je t’adore," and "Bambino".

That’s why his new record, which he had been working on for two years before he was buried in the Sidi Benziane cemetery, had to be in mandoline-embellished French. One of the songs is called "Minouche": “Minouche ma minouche, pourquoi tu te fâches, ne prends pas la mouche, ma jolie peau de vache… Minouche, donne-moi ta bouche” (Minouche, my little Minouche, why are you upset, don’t get into a huff, my pretty vixen... Minouche, let me kiss you). A popular dance tune for sure, with words sculpted by Jean Fauque, who worked closely with Bashung and Erwan Séguillon.

The rough voice and wild blend of styles don’t give an accurate description of this son of immigrants (born near Oran, Algeria, he was raised in eastern France and later settled down in Lyon). Rachid the rebel built bridges, “introducing beautiful people to the world” by singing Charles Trenet’s "Douce France" with his first band, Carte de séjour (French for “resident permit”), in 1986 to mock French integration while the Marche des Beurs (March of the French Arabs) was being broken up and François Mitterrand was celebrating the creation of SOS-Racisme (a movement of anti-racist NGOs founded in France in 1984). In 1998, he created a transgenerational hit with the album Diwân, which included a cover of "Ya Rayah," the anthem of Algerian immigrants composed by the Chaâbi idol Dahmane El-Harrachi (1925-1980).

Throughout these years of experience—which also marked the rise of Oranian Rai music, which Rachid sang the traditional way, following in the footsteps of the great Cheikha Rimitti—he worked with Steve Hillage, whom he met in 1984. The former Gong guitarist was a lover of looped electronic rhythms, and starting in 1997, he infused his energy into the creation of "Voilà, voilà," an anti–Front National, anti-xenophobic song that Rachid would never stop singing.

And ever since this sensory overload, Rachid continued to speak to us, and jostle us, in Arabic, French, Franglish, and even Spanish, through the limpid voice of the young Flèche Love (Amina Cadelli, born in Geneva of an Algerian mother), whom he discovered on YouTube after finally being introduced to the digital tablet. This extraordinary tattooed and esoteric artist accompanied him on "Wahdi", a song with Gnawa rhythms, to which he added a Mexican trumpet, evoking Ennio Morricone.

The album was produced and co-written by Toma Feterman, a gifted multi-instrumentalist and founder of La Caravane Passe, a band that mixes rap, gypsy jazz, Balkan fanfare, alternative rock, and electro.

Toma and Rachid hung out at the same bars and clubs in the north of Paris (Bellevilloise, Cabaret Sauvage), following their friend Remy Kolpa Kopoul of Radio Nova (a French radio station created in 1981, which played non-mainstream and underground artists of various musical genres), whose death in 2015 left Rachid feeling orphaned.

Toma then asked him to sing "Baba," a song that he had just written for Canis Carmina, his band’s next album. Over the course of one night, the two friends recorded a dozen tracks. “I used the recordings from this first session,” Toma said, “without needing to make him sing again, because there was nothing to change.” They improvised, and it was the beginning of a frenetic, productive adventure, of nights partying at Toma’s or Rachid’s, or spent in the studio. Hours of creation and surprises shared with his son Lyes, his friend Toufik, his mandolin player Hakim Hamadouche, and his former keyboard player Yves Fredj Aouizerate, who was also his last manager.

It was a club, a family, a community, a trip. The adventure even passed through studios in Bamako, because Rachid is African, having been born in Algeria, bordering Mali, the Mandingo musical empire. "Je suis africain" (I am African), the song that gives its name to the album, is an homage to the sounds of this great continent, that weaves together soukouss guitars, an Arab-Andalusian orchestra, Middle Eastern violins, balafon, and talking drums. “I am African, from Paris to Bamako, from New York to Congo”—the magnificent joker is having fun, playing with elegance. He takes the accent of a “fantastical” Africa and quotes Marley and Malcom X, Kateb Yacine, Franz Fanon, Patrice Lumumba, Angela Davis—all of them “African.”